Most adults who have had cavities filled have amalgam fillings. Dental amalgam is the material most widely used for the repair of damaged teeth, viewed as an affordable, effective alternative to gold. Which was commonly used in earlier days of dentistry. Amalgam fillings have become a source of concern in the past several years, as more people are learning of the dangers associated with the mercury content of such fillings. Mercury is a highly toxic substance that has been removed from most consumer products in numerous countries. Amalgam fillings are approximately 50 percent mercury. 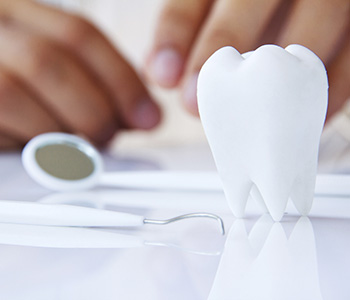 There are several reasons a person may wish to have amalgam fillings removed. Mercury in amalgam fillings heats up and releases vapor when food is chewed, or when warm foods or beverages are consumed. Additionally, we frequently hear from individuals who are tired of dark spots in their smiles, who wish to have metal fillings removed and replaced with a tooth-colored filling that looks far more natural. The team at Palmer Distinctive Dentistry is not only skilled in mercury-free dentistry, but is also mercury safe. What this means to our guests is that amalgam filling removal in our Greenville, SC practice follows specific steps.

In order to protect our guests and ourselves during the removal process, we follow the safety protocol outlined by the International Academy of Oral Medicine and Toxicology, which includes:

In addition to taking steps that protect our team and our guests, we also follow safety protocols that outline the safest disposal method, so that environmental mercury contamination does not occur.

Palmer Distinctive Dentistry is committed to dental care that promotes health and wellbeing. Contact our office today for your visit with Dr. Palmer.