The team at Palmer Distinctive Dentistry offers comprehensive holistic dental care for guests near Five Forks, SC, and the surrounding areas. For guests who request amalgam filling removal, the practice follows strict protocol to protect the health and safety of the guests, dental team, and environment.  Palmer Distinctive Dentistry follows the SMART technique through the IAOMT organization for holistic dentists, for removing silver mercury fillings (amalgams). 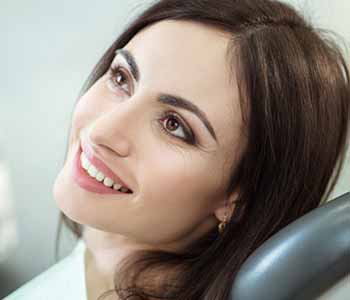 For years, the mouth was thought of and treated as a separate entity than the rest of the body. The teeth, gums, and entire oral cavity were treated on their own without understanding the impact on the rest of the body. The guiding principle of holistic dentistry is to treat the guest as a whole rather than focusing on a single system or area. With this knowledge comes the understanding of the dangers of mercury and the reasons for amalgam filling removal.

The dangers of mercury are well known across all fields. Mercury occurs naturally and is a toxic, non-radioactive substance. The World Health Organization (WHO) has stated that mercury is at any level is dangerous as even small amounts can be harmful. Even with this knowledge, mercury is still present in amalgam fillings that are used to treat cavities.

Dental amalgam is a mixture of metals, often consisting of silver, tin, copper, and mercury. Mercury binds the metals to create a strong, durable material. Metal fillings can be inserted quickly and easily. Although possibly less expensive than non-metal alternatives, amalgam fillings come at a cost to your health. Mercury in silver mercury fillings (amalgams) is toxic. The fillings can break which would release more mercury into the body. Temperature changes can cause warping which can damage the tooth.

Guests with amalgam fillings have measurable amounts of mercury in their bodies. Mercury evaporates from the fillings, is inhaled, and is then absorbed into the bloodstream. When guests chew, small amounts of mercury are released.

Mercury is dangerous at any level. It affects various systems of the body. Among other problems, mercury contributes to neurological, kidney, respiratory, and pregnancy-related issues. In amalgam fillings, the mercury vapors are continually released into the body. Over time, the body loses its ability to remove the toxic substance. This can lead to chronic mercury poisoning and health problems. Unfortunately, mercury can affect nearly every body system. The severity of the symptoms depends on the number of silver mercury fillings (amalgams), how long they have been in place, and how they are stimulated. 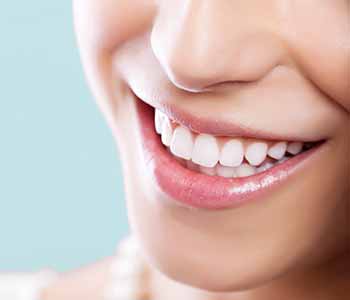 At Palmer Distinctive Dentistry, understand the impact that oral health has on the rest of the body.

The Palmer Distinctive Dentistry team understands the risks of silver mercury fillings (amalgams). We maintain a mercury-safe office and acknowledge the dangers this substance poses to guests, the dental team, and the environment. As members of the International Academy of Oral Medicine and Toxicology (IAOMT), we adhere to strict protocol and proper handling practices for the safe removal of amalgam fillings.

Many guests are now choosing to have their silver amalgam fillings removed. Whether for health reasons or due to problems with the filling cracking or causing damage to the tooth, safe amalgam filling removal is requested. For guests who request it, amalgam fillings may be removed and replaced with a tooth-colored, composite filling. Specific mercury-safe regulations are enacted before, during, and after the procedure. Dentists who follow the standard removal of fillings use a drilling technique which exposes the guest and dental team to mercury vapors that are above a level that is considered safe by the government.

Our team instead follows strict protocol as laid out by the IAOMT to protect the wellness of the guest, staff, and environment. These recommendations minimize mercury exposure during the removal process. Some of the measures include:

At Palmer Distinctive Dentistry, we understand the impact that oral health has on the rest of the body. We take measures to protect the health and wellness of our guests. Contact our Greenville, SC office to schedule your appointment with Dr. Palmer and Dr. Adams. Call (864) 879-6494.

Back to Amalgam Filling Removal Page