In the mid-1800s, land could be bought for $5 an acre, a 4-room rental cost around $5 a month, and a laborer earned less than $1 a day. While most things have certainly changed, at least one thing remains the same: The silver mercury fillings (amalgams) that were so popular in the 1840s and 1850s remain in use today. You will not find these fillings at Palmer Distinctive Dentistry. Drs. John Palmer and Debra Adams place fillings that are safe and are made to look just like healthy natural teeth. 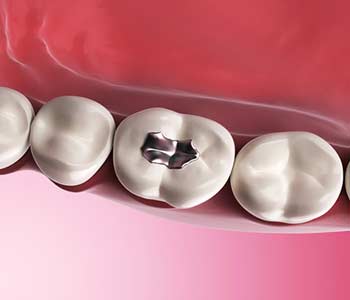 Furthermore, Palmer Distinctive Dentistry is also the place in Greenville, SC, for Safe Mercury Amalgam Removal. This is an important distinction, because many practices avoid the use of fillings that look silver in appearance but actually contain an “amalgam” or mix of metals, including mercury. Yet, the same dental practices that may market themselves as “holistic” or “biological” maintain a potentially dangerous practice: conventional removal of silver mercury fillings (amalgams).

silver mercury fillings (amalgams) contain 43% to 54% liquid or elemental mercury and a powder alloy of silver, tin, and copper. These fillings emit mercury as a vapor or particulate. Vapor is released at a higher rate when the filling is brushed, used to chew food, or when the person with the filling is a chronic teeth-clencher or teeth-grinder (a condition known as “bruxism”). Mercury is also released as vapor or particles when fillings are placed, replaced, and removed. Conventional approaches to removing a filling involve using a high-speed drill and, as the amalgam is “drilled down,” fine mercury particles and vapor are generated.

As an authentically safe holistic and biological dental practice, Palmer Distinctive Dentistry has established safeguards to minimize the exposure that occurs during the filling removal process. These safeguards include a mix of equipment, products, and training that aligns with The International Academy of Oral Medicine & Toxicology’s Safe Mercury Amalgam Removal Technique (SMART) program. Teaching represents the ultimate understanding in one’s craft. So, Palmer Distinctive Dentistry is proud to note that Dr. John Palmer, a fellow of the IAOMT, teaches the SMART protocol to other dentists. You know you’re in good hands when the instructor is tasked with your filling removal procedure! 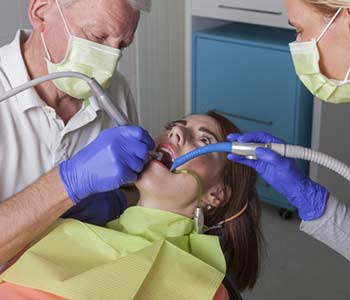 From beginning to end, the silver mercury fillings (amalgams) removal process is governed by a strict set of standards to assure the health of Palmer Distinctive Dentistry team members, guests, and the planet:

Due to the risks associated with silver mercury fillings (amalgams) removal, some practices that don’t have these and other safeguards in place may suggest keeping the filling intact – as long as the filling is in good condition. Palmer Distinctive Dentistry encourages you take steps toward a healthier mouth and body. Call (864) 879-6494 to schedule an appointment and discuss your options for treatment. The IAOMT reports around 80% of the vapor emitted by amalgam fillings is absorbed by the lungs, where mercury makes its way to other parts of the body – especially the brain, kidneys, liver, and GI tract. Drs. Palmer and Adams believe no “silver” filling merits a place in your mouth – even if the filling is in “good condition,” and isn’t worn or broken.

Back to Amalgam Filling Removal Page