The significance of safe mercury removal in our Greenville practice

As disturbing research surfaces, more and more people are beginning to question the rationality of amalgam fillings. These fillings, comprised of about 50 percent mercury, have been the standard for many decades, so why the change? Our Dangers of Mercury page can provide insight into the reasons health-conscious people are looking for alternatives. 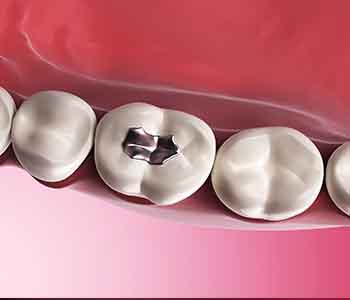 In addition to wanting a different material for new dental fillings, many people wish to have existing silver mercury filling (amalgam) removed, a practice that the mainstream dental establishment frowns upon, except in instances of fracture. The issue with removing silver mercury filling (amalgam) is, without proper precautions, guests and the dental staff are subjected to further exposure to toxic mercury in their efforts to improve health.

Mercury has been studied in multiple forms for many years. This substance is no longer used in thermometers, as it once was, due to its toxicity and danger to living organisms. Although studied to a lesser degree than mercury itself, or mercury vapors, amalgam particulates are now also seen as a problem. These tiny particles are produced during the standard drilling removal of amalgam fillings, 65 percent or more of this cloud being smaller than one micron.

This tiny size is easily inhaled deep into the lungs, where they break down into the system and become absorbed into the body over the course of a few days. Research has shown that the exposure to mercury in this way could measure one hundred times that of exposure through vapors alone.

Although no scientific literature exists on the specific topic, it is common knowledge in the dental community that, often, guests who have had amalgam fillings removed become sick shortly thereafter, regardless of what material was used as a replacement to that filling.

Dentists who have long known of the dangers of mercury also recognized, long ago, that removing such fillings posed a risk of excessive exposure. Organizations like the International Academy of Oral Medicine and Toxicology have established precise protocols for the removal of amalgam fillings in an effort to avoid this excessive exposure. It is by following these protocols that we work with our guests.

Your health is an important aspect to your holistic dentist, who knows how amalgam fillings can affect the entire body.